(Published in The Holland Times March 2010 issue, but this is a longer version with sidebar. Photography courtesy of LSVb, and published only on this blog because they were digitally too small for newspaper publishing.) 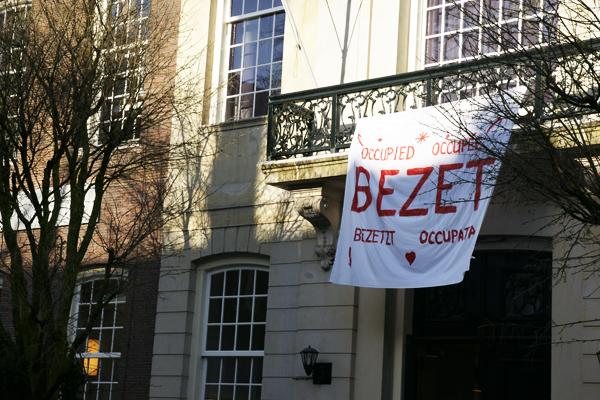 “I don’t think there has been one year in my life since I was 17 that I did not work 24 hours a week,” recalls Michiel Kruijff, now 28 and about to receive a master’s degree in political science from the University of Amsterdam. “I know that affected my grades.”

Like all Dutch students, Kruijff has enjoyed the benefits of studiefinanciering, the government system gifting a basic study grant to all Dutch students enrolled in higher education, varying from about 75 to 250 euros in monthly stipends, depending on level of study and whether a student lives at home (see sidebar). With those amounts, Kruijff still had to work and take out loans to survive studying in an expensive city like Amsterdam.

His government can sympathize. Times are tough for students and finance ministries alike, with both tightening their belts for a projected 2010 public deficit of 36.5 billion euros.

Amidst raising the state pension age from age 65 to 67 and finding ways to cut budget spending by 20 percent for 2011, the Dutch House of Representatives is also considering eliminating the study grant. The very notion sparked student protests at eight universities nationwide the first week of February. Erasmus University in Rotterdam faced 200 protesters. At the University of Utrecht, 40 students stormed and occupied the administration building, prompting negotiations with teachers and staff. 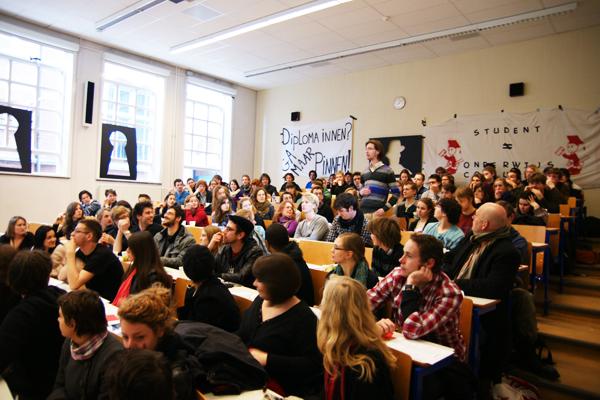 “We don’t want to lose any students that would have had the ambition to study but doesn’t because they can’t afford it,” said Gerard van Oosterwijk, president of the Dutch National Union of Students (LSVb). Students fear axing the basisbeurs makes higher education less accessible to student populations with lower family income, but according to Sijbolt Noorda, President of the Association of Dutch Research Universities (VSNU), “the student protest is overshadowing the real issue, and the real issue is how to get our politicians to support higher education.” 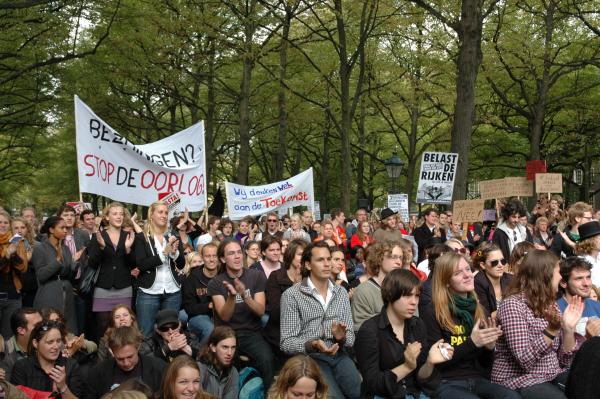 Investing in the next generation

Noorda, also professor of European cultural history of religion at University of Amsterdam, sees government investment in the nation’s research universities dwindling over the years, “resulting in a less favorable situation for teachers and students.”

“We are not going to pay off our [national] debts by cutting budgets on education,” he says. “We have to make new money in our economy and to get a successful economy you need the right people by investing in a new generation.”

Both student and university unions agree. “We are already becoming that young generation stuck with the problem of supporting pensioners and a big public debt,” says Van Oosterwijk, who studies law and economics at Leiden University with sights on a future career in politics.

As van Oosterwijk sees it, the Netherlands can either look toward the United States or to Scandinavia for a solution to the problem of affordable yet quality higher education.

Each year the Ministry of Education, Culture, and Science measures how the Netherlands is performing in higher education compared with its advanced, market-based peers based on research from the Organisation for Economic Cooperation and Development (OECD).

The United States and Japan are in the mix as the two largest economies of the OECD. US tuition fees are 2,544 USD for a two-year public college,18,548 at a four-year public college, and 26,273 at a private college, according to the US Journal of Academics. Any US government grants are based on parents’ income.

Prime Minister Jan Peter Balkenende is most concerned about the top five knowledge economies in the world: Switzerland, the United States, Signapore, Sweden, and Denmark. Compared to the Dutch research foundation NWO, the Netherlands is nearly on par with its GDP investments compared to these top economies.

Extra investment in education and research in 2009

The government wants to bridge any gaps, if not surpass those averages. The States General has found that while higher education and research in the Netherlands is performing above the international average, it sees room to operate more efficiently and with more value for the money.

In the grand scheme of things, “each student will be competing with other students throughout the world with similar skills, but also … the efficiency of the universities will be … a major factor in a country’s competitiveness. In other words, German universities [will be] competing less among themselves than with Japanese or American universities,” predicted French economist Jaques Lesourne in 1988.

So while the government, lobbyists, and unions want a bigger piece of that academic pie, each must also survive the challenge. This year, the Dutch budget will inject 4.2 billion euros for economic stimulus measures, but the government is creating commissions tasked with saving 40 billion euros in 2011 from housing subsidies, unemployment assistance, education, health, and infrastructure development. They are set to report findings by 1 May.

Meanwhile, the LSVb plans to launch more protests in favour of maintaining a study grant and inviting the public to opine their thoughts on abolishing the basic grant at http://www.wiljijstufi.nl. The VSNU will publish an investment scheme in the coming months outlining how the government can best invest more funds in higher education. Until then, the Ministry of Education, Culture and Science’s lips are sealed, and students’ own budgets hinge on the fate of the study grant.

“The way the system works now is everybody gets the same basic grant money. If your parents do not earn enough, you do get an additional grant, but that threshold for income is so low that many students with parents earning a normal income are not eligible for that grant,” says Kruijff, who is spending his final weeks before graduation seeking employment. “The grant should be pegged to their parents’ level of income and after a certain level, there should not be any grant at all.” 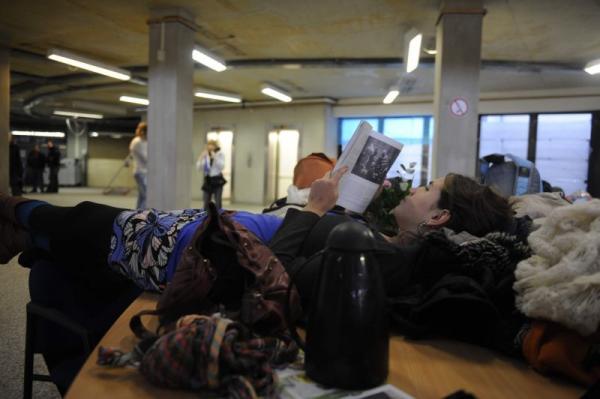 Sidebar: Dutch Higher Education and Financing At A Glance

The government established this form of studiefinanciering in 1986 to partially subsidize every Dutch student with the talent and motivation to study. Stufi (what the cool kids are calling it) is a mixed system of grants and an option to take out loans, but the LSVb finds more students would rather work than borrow money, which can lead to less focus in the classroom. Finance Minister Wouter Bos stated, “If a new form of study financing makes study only accessible to the elite, then it will never pass.”

The study grant is a gift (unless students do not graduate within a generous time period), but the amounts detailed below pale in comparison to actual costs of living for students in large cities. Some also argue stufi leads to complacency among students, and that a little financial urgency might be just the ticket to combat lack of ambition (see Sebastien Valkenberg’s column from the 1 October 2009 Trouw).

Here is a breakdown of the types of higher education and what student can expect in grants and loans beginning August 2010, figures that vary slightly from the current study term. Students get the additional grant when parents earn a certain level of income.

Students in MBO programs (middelbaar beroepsonderwijs) are oriented toward vocational training from one to four years, after which they can attend HBO programs or enter the workforce.

Students in HBO programs (hogescholen) are enrolled at general institutions specializing in a particular field like agriculture, fine arts, or teacher training for a four-year bachelor’s degree. Students in WO programs (universitieten) offer university-level specialization for a bachelor’s degree in three years followed by a master’s degree in one or two years. Doctorate degrees are only obtainable at research universities. HBO and WO financing are the same: 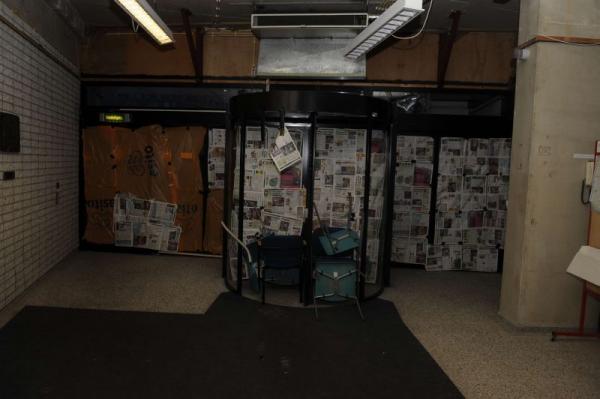 2 thoughts on “Dutch Higher Education and the Dangling Study Grant”